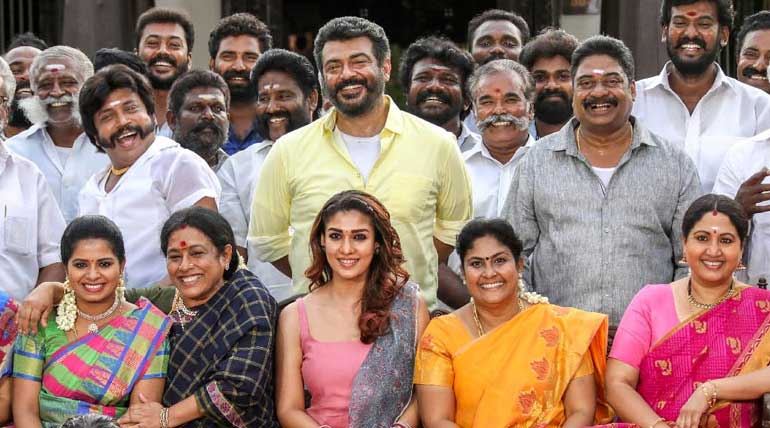 Viswasam will be a top hit movie in the opening year 2019. Thala Ajith and Nayanthara plays the lead role in Viswasam movie and directed by Siruthai Siva. Thala Ajith fans the most expected film in 2019 with a family-oriented movie. The movie got released worldwide today, and early morning shows already telecasted in major cities.

In early morning shows, most fans used to watch the Viswasam movie but, there are also chances for piracy movie taking people could join the show. As expected, today, within a few hours of movie release in theatres, piracy websites like Tamilrockers leaked Viswasam movie online, which shocked the producer and other team members.

Viswasam team Sathya Jyothi Films already filed a case against piracy website leak to the commissioner of police in Chennai. Their complaint is to block all piracy websites working in Tamil Nadu to protect the movie, which will not release in online sites.

As per our News source, the movie is getting high response from the audience as it seems to be Father and Daughter sentiment related movie. Since most of Thala Ajith fans booked films today, mostly from tomorrow, the Family audience could occupy the shows and will be a huge hit movie in the year 2019. Our request is to watch movies on a big screen to enjoy sound quality and visuals.

Image used in this post for NEWS Reporting purpose and image credit to Sathya Jyothi Films.