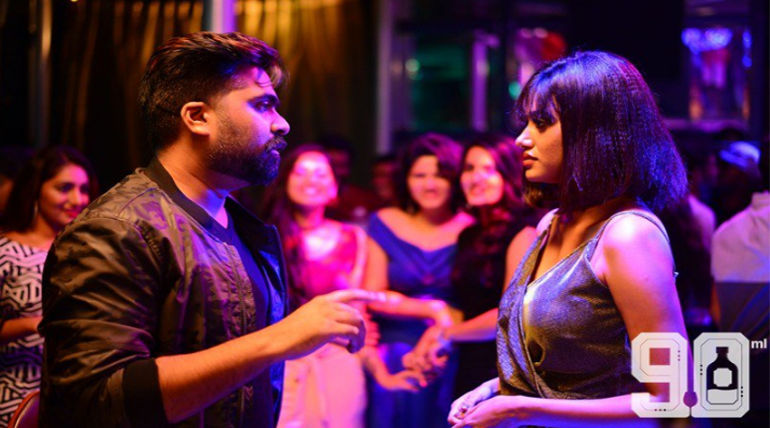 90Ml is upcoming Tamil Adult comedy movie directed by Anitha Udeep. The movie casts Oviya in the lead role and seems to have a huge guest appearance including the music director of the movie STR aka Silambarasan.

The film receive more critics even before the release of the movie because of the adult content including the dialogues and scenes. The sneak peak released yesterday and today also received many critics as it contains adult dialogues delivered by Oviya,the lead role of the movie.

The movie finds its release on 1st March and 5 AM shows available in some theaters, The online booking opens in Chennai and the theater list are