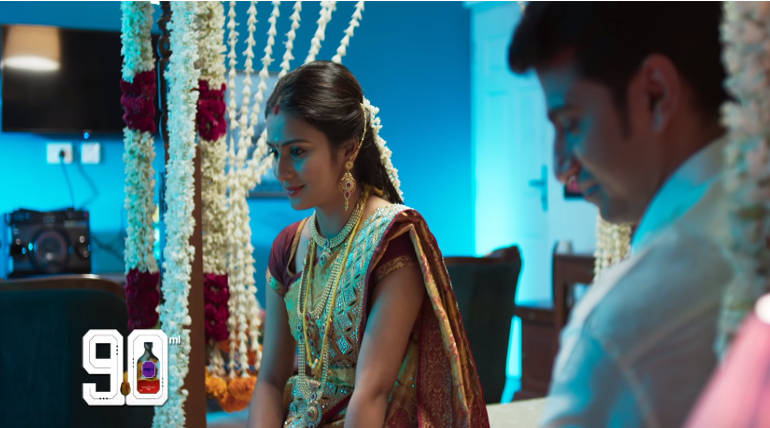 90Ml SneakPeak is now trending twitter hashtag in Tamilnadu. Oviya stars the adult comedy movie hits the screen on March 1st. The movie is becoming insane popularity because of its adult content. The trailer is full of liplocks,bedroom intimate scenes, adult dialogues and discussions.

As before a sneakpeak is released with adult dialogues delivered by the lady lead of the movie comparing the fruits with the body parts. That sneakpeak is commented with negative reviews in social media.The oviya army criticized the sneakpeak.

Now the next one released, titled as Milk. For sure this one also contains adult dialogues. The director Anitha Udeep has done job to pull the teen audience to the theater. The previous adult comedy movies like Iruttu Araiyil Murattu Kuththu,Hara Hara Mahadevaki were one of the reason for these kinda movies.