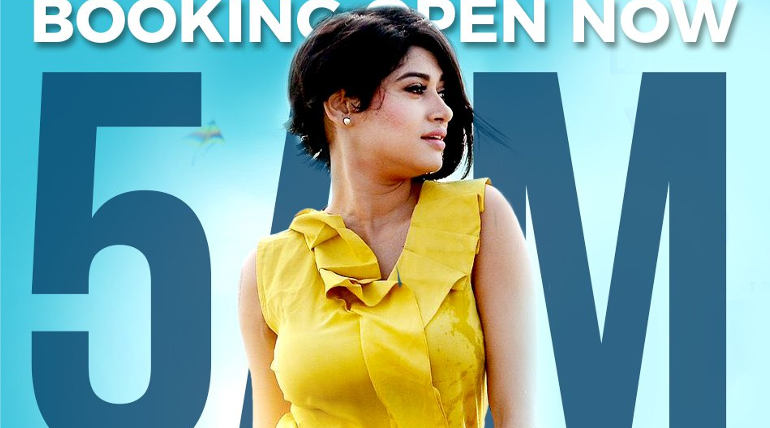 Oviya starrer 90ml movie is nearing a grand launch on March 1 and eyeing a huge opening for a female lead film in Kollywood. The film has created a great hype among youth after the kickass trailer with an adult rom-com flavor. After building the hype now the big update is that the film has got a number of early morning 5 am shows in Chennai and bookings looks promising too.

STR is composing the music for the film directed by Anita Udeep. Also called as Azhagiya Asura in the trailer credit for the director, Anita has previously directed the Tamil film Kulir 100 which got mixed response among critics and audience. Songs of 90ml are already well received by the audience and a video song has also made a sensation in social media.

While GK Cinemas was the first to announce the news of 5 am show in Chennai right after the trailer release, other theaters followed and opened the early morning special show for 5 am. Bookings are already going on through BMS and Tickenew and below are the theaters which are playing 5 am show for 90ml confirmed so far.