Adchithooku Video Song from Viswasam is Out Now, Watch Thala Moving His Legs for the Mass Folk 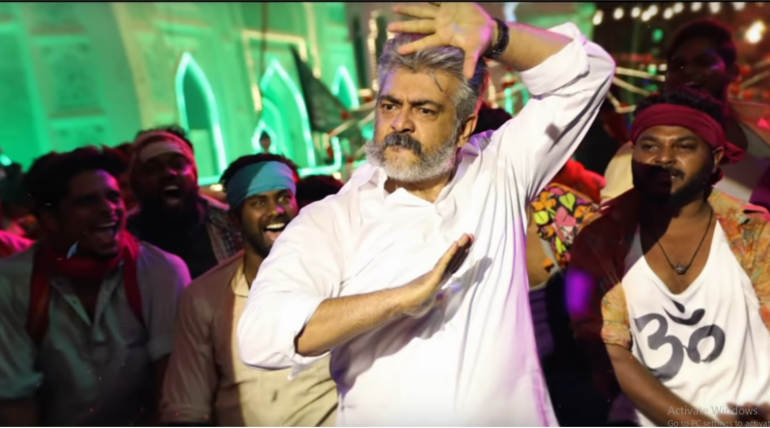 Ajith starrer Viswasam is making a sensational box office run in TN and is having a good reception in worldwide markets too. The film attracted fans and audience big time with its family content and songs composed by Imman were received well after the film release. The choreography of each song was splendid and Ajith has done everything to make his fans meet their expectations in every aspect.

The song Adchithooku is the top celebrated song among fans as Ajith made an energetic performance in the song. Fans were crazy in theaters and danced their heart out for the mass folk song. Imman beats with perfect choreography with Thala Ajith's moves made the song a celebration piece for fans.

The full video of Adchithooku song was released and fans can now celebrate at any time by watching it whenever needed. Lahari music released the song and watch the energitic folk number of Imman featuring Ajith Kumar below. Viswasam is running in worldwide theaters successfuly and is set to emerge as a blockbuster at the end of its run.

Adchithooku Video Song from Viswasam is Out Now, Watch Thala Moving His Legs for the Mass Folk