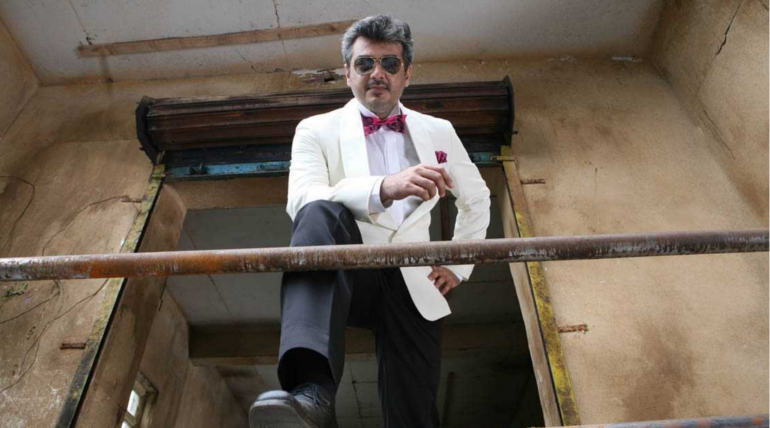 The hot topic of Kolly town after a tweet of Venkat Prabhu is all about the reunion of Mankatha combo which is highly anticipated by the fan. Thala Ajith and Venkat Prabhu who gave a sensational success and a masterpiece with their previous outing are now under talks to join hands for a film that would probably be Thala 60 if reports are to be believed.

Director Venkat Prabhu posted a picture in social media with Ajith Kumar and without any big caption, saying "And this happened......... gd nt" (the above tweet is not spell checked). This made twitterites go crazy as it is a mere announcement from the director revealing about the possible combination with the Superstar actor.

While rumors started spreading as it is Mankatha 2 which is been discussed as the upcoming film and sources close to the team are not letting any news out regarding the project. Ajith after a blockbuster success with Viswasam is currently working in the Tamil remake of Pink with H.Vinoth and produced by Boney Kapoor. The film Viswasam is waiting for its Kannada dubbed release after ruling the box office everywhere.