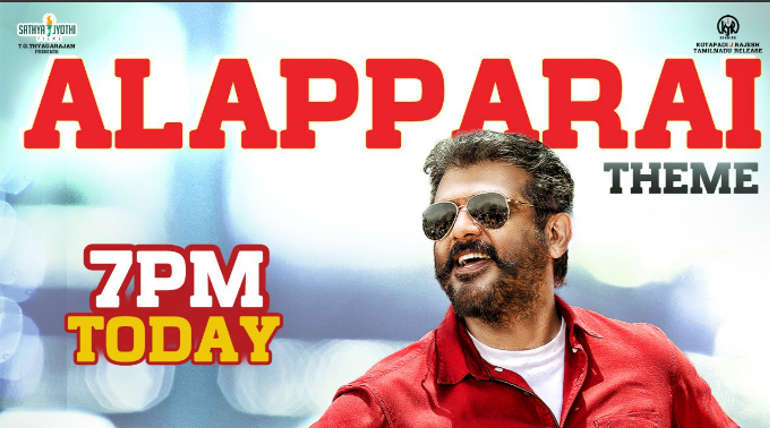 The film is a super hit in Ajith kumar career and crossed over INR 200 crores till now. Ajith Kumar has a massive fan following and sensation across Twitter even though he is not available in any social media. One of the movie's theme Alapparai was released today and going viral in social media. The theme Alapparai of the movie released on Monday 7 p.m. IST on youtube channel of Lahari Music.

The music of the movie is composed by D.Imman. All the songs of the movie are hit with folk themes like Adchi Thooku,Vetti Kattu and melody number Kannana Kanney sung by Sid Sriram and lyrics by Thamarai. Another duet melody is Vaaney Vaaney vocals by Hariharan and Shreya Ghoshal, Lyrics by Viveka.