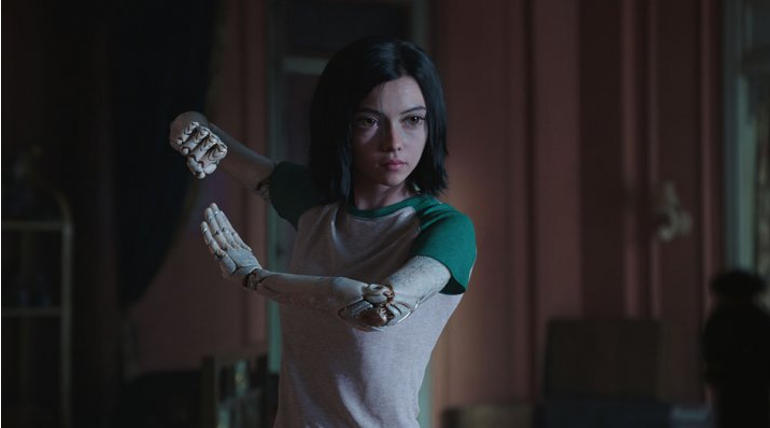 The sci-fi drama Alita Battle Angel looks stunning in every aspect and delivered what it promised with all the promotions and glimpses. The cyberpunk thriller made in Manga graphics looks visually stunning and the main lead Alita is the plot point of the whole film making it an entertaining watch with all the expressions she's got in this emotional action drama.

The movie starts with a man giving advanced tech body to Alita who is seen in the trash and bringing her back to life, caring her like his daughter leading to some serious turn of events bringing Alita back to her old memory. There starts the battle of Alita to have her revenge against the baddie with weaponry bodies and advanced equipments forming some scintillating stunts throughout the film.

The main highlight of the film is the Alita taking center stage to control over things and having unique stunt sequences each time in the film. The 3D effect is nothing less than a magnum opus giving a splendid experience to all the audience with all the entertaining elements throughout the movie. Alita's expressions in each scene emote it the best and the manga technology bringing her emotions live is topnotch.

Apart from the visual grandeurness and technical aspects, Alita didn't cater much of the story establishment and instead of that the fast-paced screenplay with a strong plot point is what drove the film. Issues are there in the screenplay and the plot depth while the packaging of the whole film is done neatly covering up all the little flaws.

Overall Alita Battle Angel is a good watch and no negative reviews can be seen in the reviews online from overseas while the domestic release is awaited. These reviews is expected to further boost up the US opening of the film and Alita is sure to taste success on its first outing in the futuristic franchise.