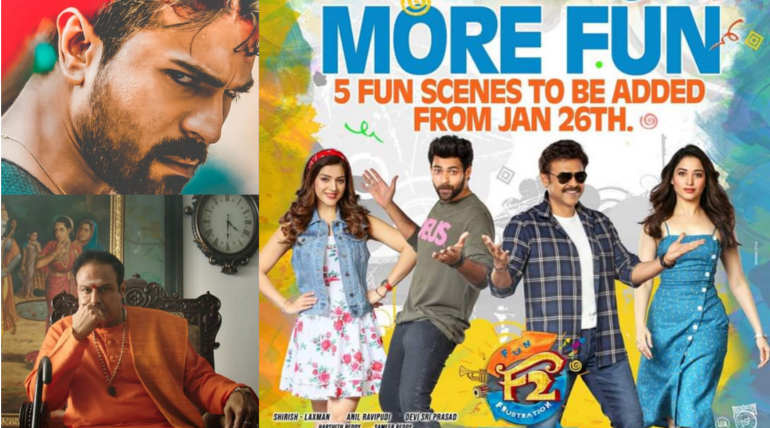 Telugu movies which released this year are all lined-up for digital releases by February. This weekend is gonna be a blast for the Prime Video users as the films NTR Kathanayakudu, Vinaya Vidheya Rama, F2 Fun And Frustration are releasing in the Amazon Prime. The official release dates have been announced by the platform.

The Sankranti films NTR Biopic and VRV both ended up as big disasters at the box office while the film small budget film F2 Fun and Frustration emerged as a huge blockbuster with an entertaining content satisfying the audience. Balakrishna starrer NTR Biopic and Ramcharan starrer VRV launched with huge stakes and ended up as launch ventures.

F2 Fun and Frustration starring Venkatesh and Varun Tej already collected triple the amount of share with respect to the rights amount. The film is one of the highest profited movies in Tollywood history and audience are eagerly waiting for the online release of the film.