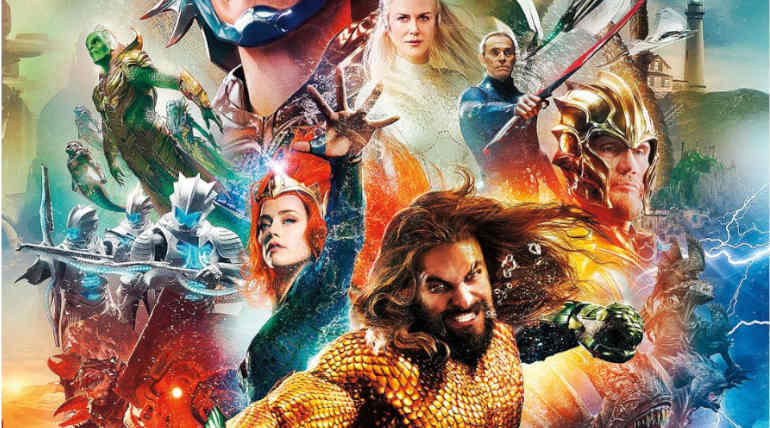 The upcoming biggie Aquaman has surpassed the record pre-sales of tickets and became the new record holder of highest selling tickets in Atom Tickets. The Atom Tickets co-founder and chairman Matthew Bakal said, "Clearly, Aquaman has captured the attention of movie fans with its larger-than-life adventure that must be seen on the big screen".

The film beat the record of highest ticket pre-sales set by Avengers: Infinity War, Deadpool 2 and Black Panther. The film is releasing for the Christmas weekend and having a special Amazon Premieres on December 15, 2018. The movie is projected to open with a huge $65 million weekend amidst of big clash on Christmas.

James Wan directed DC Superhero film is releasing early in various world markets before the domestic market and is already been getting rave reviews from critics around the world. On Thursday the film is released in many key markets and opening in India tomorrow.

Since Aquaman is getting praises from all corners, it would help generate huge opening revenue in the United States. Jason Momoa, Amber Head, Nicole Kidman starred Aquaman will soon come to global theatres and expected to revoke the DC Universe to life.