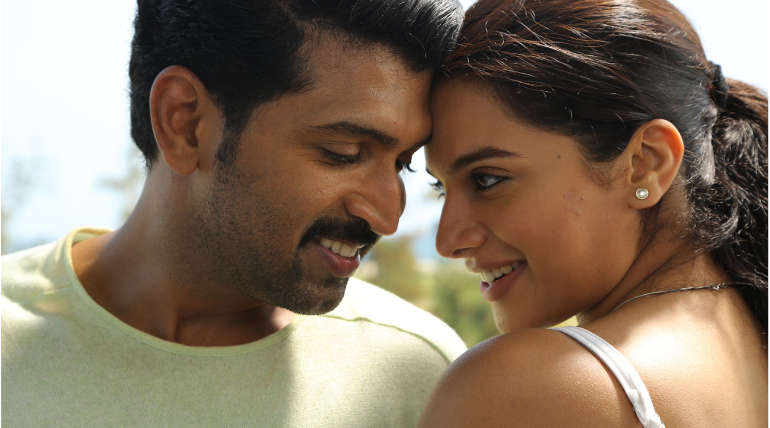 Magizh Thirumeni is well known for his action thrillers Thadaiyara Thaakka, 2012 and Meaghamann released on 2014. After Thadaiyara Thaakka, a sleeper hit, Arun Vijay joined hands with him for latest crime thriller Thadam which set release on March 1st. The director's last release Meaghamann with Arya in the leading role gained postitive reviews.

Arun Vijay plays dual role for the first time in his career and the director said that it will be a big milestone in Arun Vijay's career. Tanya Hope,Smruthi Venkat are two pairs for Arun Vijay and first one making her Tamil cinema debut.

The movie is with postitve reviews and here some of the twitter reviews from the critics.

The streak of choosing Experimental script is the major plus point for @arunvijayno1 . In #Thadam too his Performance is Phenomenal. From the beginning to the end, the film has got us engaged with both thrilling and sentimental scenes.

#Thadam: Tense and clever. @arunvijayno1 and #MagizhThirumeni deliver an investigative drama that makes you play the guessing game in full. Second half packs in a good load of brainy sequences with twists rolling out at the end. Engaging throughout!

#Thadam - #MagizhThirumeni - @arunvijayno1 (dual role for the first time) combo has once again delivered a quality thriller with twists and turns which keep you guessing until the climax. Neatly done! Film based on a real story.

#Thadam -Another good film from #MagizhThirumeni after Thadayara Thaaka another good film from @arunvijayno1 (in his post YA innings) after Kuttram. This combo establishes its credentials further.Watch out for this interesting, smart crime investigative mystery thriller

#Thadam [3/5] : A riveting thriller.. Intelligently written screen play.. @arunvijayno1 has excelled in dual roles.. Contrasting characters.. He has pulled it off convincingly..

Dir #MagizhThirumeni has written a clever thriller.. Keeps u guessing till the end.. Go for it!