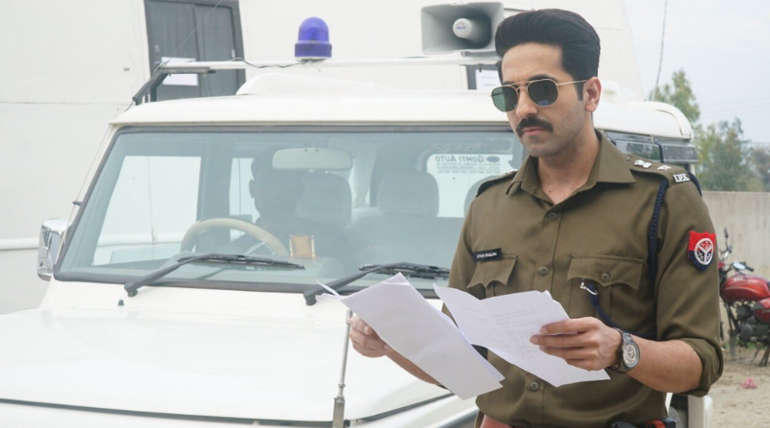 After the grand successful year of 2018 like Andhadun,Badhaai Ho which rocks at the box office,Ayushmann Khurrana in Anubhav Singh's next film Article 15. The film commenced on 1st March 2019 in Lucknow. The first look of Ayshmann is revealed now. The movie also casts Isha Talwar, Manoj Pahwa, Sayani Gupta, Kumud Mishra and Mohd Zeeshan Ayyub.

Also Khurrana has been sharing some videos and photos of the movie behind the scenes for the past few days on his Instagram account. Latestly, in his first look Ayshumann Khurrana having a moustache and wearing a police uniform. The film title Article 15, which suggests that the no citizen shall, on grounds only of caste,religion, race, sex, place of birth or any of them, be subject to any liability, disability, condition  or restriction as per Indian constitution.

In the year 2012, Khuranna stepped into the Bollywood film industry. From Vicky Donor to Andadhun, he set himself with varierty of roles from comedy to serious topics and received a lot of love from the audience. This year 2019, three films are in line. In addition to Article 15, Dream girl and Dinesh Vijan's Bala wil be seen.