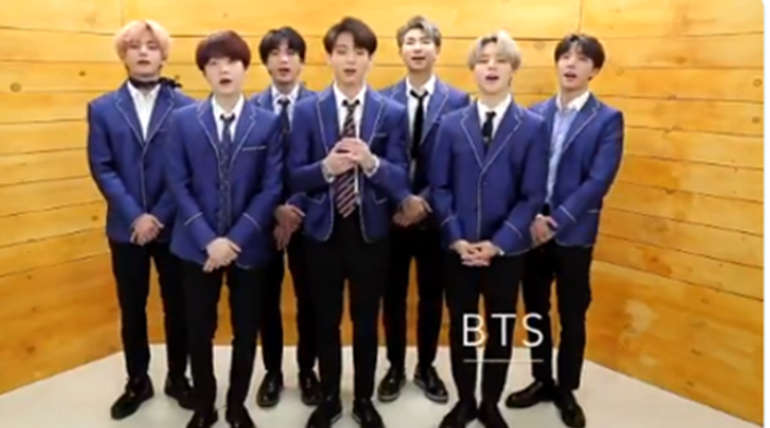 FOX, US terrestrial broadcaster introduce the new show "The masked Singer", a Korean version of MBS "Masked King". Some of the Korean artists: bulletproof boy band, Wanna One, BTS and Winner supports initially the show and their photos and videos are published in social media by FOX

Ji-min of the Bulletproof Boys said, "I am very curious as to how it feels because the Korean program has never been abroad," and the official who appeared as a "fan-singer" in "The Masked King" said, "If you work harder, I will come back again. " Jung said that the singer, Charlie Pus, who stood on the stage together with the singer who wants to see in the US version of "The Masked King", and Ji Min said that he expects a wonderful stage with dancing, referring to Usher. When asked about who would be good if he appeared in the US version of "The Masked King," everyone answered, "It is RM, which is English.

'Lesser Panda' by Na Sung-woon of 'The Masked King', says, 'I want to feel the trembling again by appearing in the US version Masked King". I want to be more nervous. " Lee Dae-hui of Warner One, who appeared as a "Joker" in the "Masked King", showed his enthusiasm for "I want to listen to panel Robin Sik." Kang Daniel, a singer whom he wants to see in the US version of "The Masked King," is a fan of Maroon Five's Adam Rivain.

Kang Seung-yun of Winner of 'The Masked King', also introduced a special episode of Hollywood star Ryan Reynolds when he appeared on the panel. Reynolds, who was the first to appear at the time of the visit, went down from the airport to go to the 'Masked King'. "There is a mask and it is very free. I can sing freely because I do not know who I am. "

The Masked Singer, the korean version of The Masked King, will be broadcast on US Terrestrial Broadcasting FOX at 9:00 pm local time on Jan. 2 (local time on Jan. 3, 11 am). The masked singer feels tension and freedom at the same time. The enthusiastic stage of the masked singer can be telecast live at 5:00 pm on the coming Sunday (6th January 2019).

Your favorite boy band wanted to say hi! ðŸ‘‹ @bts_bighit breaks down #TheMaskedSinger before the premiere tonight at 9/8c on @FOXTV. pic.twitter.com/f1Z4doLyrp

ðŸ™Œ Greetings from @WannaOne_twt! Are you just as excited as they are for the premiere tonight at 9/8c on @FOXTV? #TheMaskedSinger pic.twitter.com/aSd4P9yJRG

Kick off your new year with us and with this greeting from @yginnercircle. ðŸŽ‰ Don't miss the premiere of #TheMaskedSinger tonight at 9/8c on @FOXTV. pic.twitter.com/NZK15WZF5H