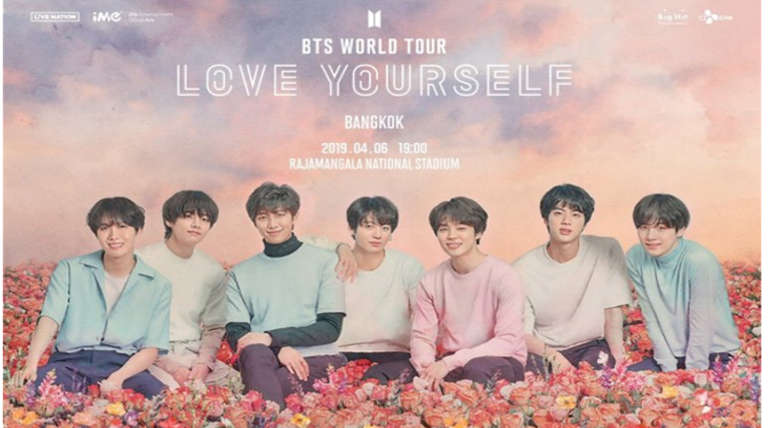 If you are a die heart fan of BTS and if you missed the show MAMA in Hongkong, now its a golden opportunity to witness the rocking performance of the stars RM, Jin, Suga, J-Hope, Jimin, V and Jungkook.

The BTS is heading to Bangkok, Thailand as part of their Love Yourself world Tour. The scheduled date for this world tour is on

April 6th, 2019 at the RajaMangala National Stadium. This stadium is Thailand's Government Stadium and it has a seating capacity of 49722 and this serves as the home stadium for the country's national football team.

In the Asian region, Thailand tour is the last among the first four stops announced for the Love Yourself. In Taiwan and Singapore already sold out as they are the first two stops. 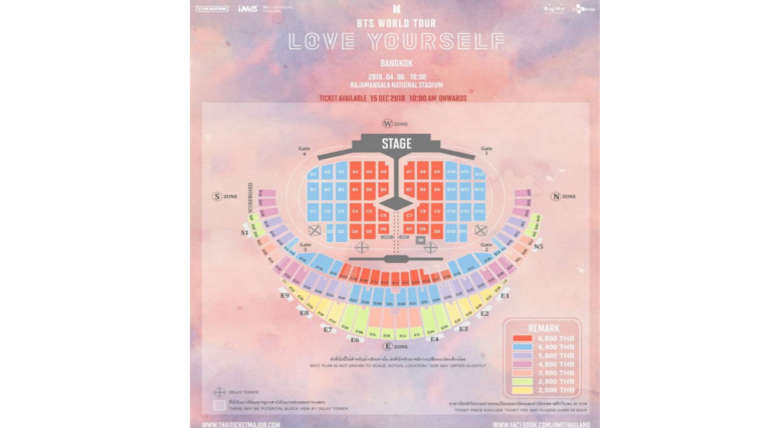 Some of the offers are available for those who purchase the VIP tickets priced at 6800 Baht get the chance to be one of 1000 lucky winners randomly were chosen to see the BTS boys in advance at soundcheck.

The tickets are available at all the branches of Thai Ticket Major and they can book online or use the call center +662-262-3456. There is a limit on the purchase, its four tickets per person. iMeThailand is the concert's official organizer.

BTS, for sure will rock the show with their raps, amaze everyone with their powerful moves, mesmerize the crowd with their angelic voice live.