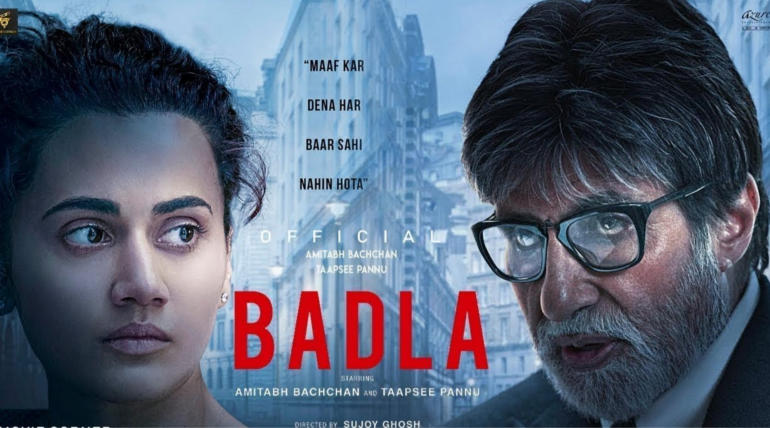 The recent Bollywood thriller Badla is stealing the show with pouring reviews from all corners. After the promising trailer, the movie was released and is receiving excellent reviews. The pre-night special screening held on the pre-release day was a huge success which boosted the opening a bit up with the word of mouth.

Badla is said to be a complete thriller show from the makers and has met the expectations of the audience. From the beginning to end the screenplay is tight to hold the attention of the audience and the twists and turns throughout the film. Amithab Bachchan has delivered a knock-out performance in his role.

Tapsee who is playing the main lead whom which the story of the film revolves around has made her presence felt in the film with a strong performance. Sujoy Ghosh has made justice to the original film and gave a deadly treatment to the film making the audience hooked to the screen.