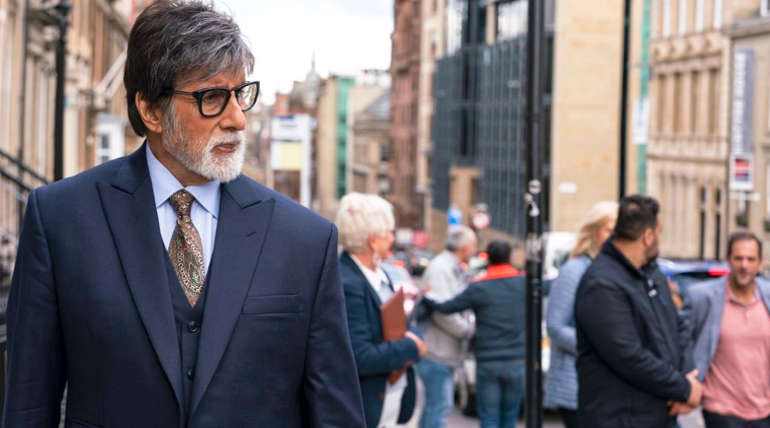 Amithabh in the Movie Badla

Badla is a crime thriller which revolves around Amitabh Bacchan and Tapsee Pannu in lead roles. Naina Shetty(tapsee)is a big business woman who has been in a relationship with a man named Arjun(Tony Luke) but keeps it as a secret from her family. However later she decides to give up the affair when the entire incident crops up. Naina who was returning home was driving a car and it suddenly came across a deer and slashed another car against a tree. On going they found the victim named Sunny dead who was apparently texting and was without a seat belt. Suspense thriller. Murder mystery. Thatâ€™s favorite genre of lot of people. After Pink, Amitabh Bachchan and Taapsee Pannu combination has raised lot of hopes.

Naina took the car apart a decided to throw it in a river just to hide the clue lest they would fall in serious trouble.There was also a witness,a driver who was later seen to be instructed to be quite by paying a heavy amount. The story begins with a famous lawyer Badal Gupta(A.B.)who was appointed by a college friend of Naina came 3 hours in advance to get all the details out of Naina. But Naina kept on saying lies and told the entire story in her favour and pushed up all the blames towards a blackmailer who she says to be Rani Kaur, mother of Sunny who happened to guess that she was the culprit behind her son's death.

The story has been narrated thrice taking different suspects and criminals but finally Naina falls in a trap apparently placed by Rani and Badal Gupta. However the last part is truly absurd and makes no sense at all. It appears bogus but the acting is what is highly appreciable and keeps the movie very strong throughout except the last part which is not expected from the Pink duo.Plot of the movie is heart of any crime thriller. Badla hits the bulls eye here. It slowly builds the momentum and keeps the audience at edge of the seat post-interval. Pace gallops towards the climax which is fairly intriguing though you may start putting the pieces of puzzle correctly by then.The setup and locales suit the story.

Casting choice is good. Taapsee comes across as confident and seasoned actor. Mr. Bachchan is terrific as usual. Man gives apt expressions befitting to the situation. Movie has no songs or dance, not even eerie music to give so-called special effects which is typical of Bollywood. Thatâ€™s a welcome change. Cinematography plays vital role in such flicks. Director and his crew has done decent work with the lighting and angles. Niraj Bagri.Papiya Haldar.