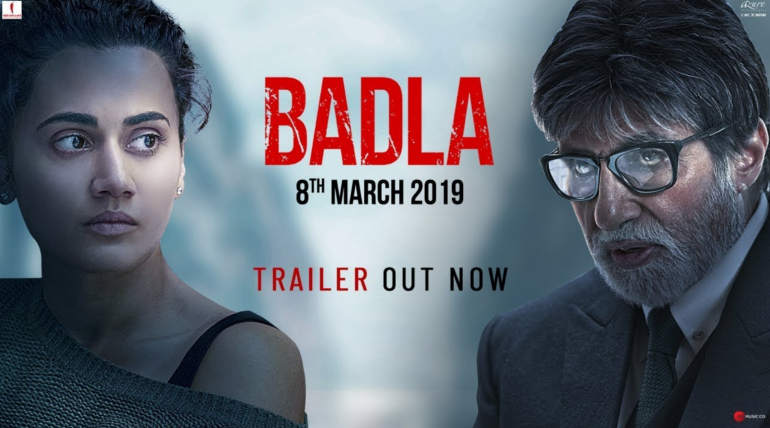 Badla starring Amithab Bachchan and Tapsee in lead roles is coming for this summer and the first trailer of the film is visually hooking with an edge of the seat experience. The film is an official remake of Spanish Thriller The Invisible Guest (Contratiempo) which is a deadly crime thriller directed by Oriol Paulo.

The trailer looks promising with Tapsee taking up the role of Adrian Doria and Bachchan playing Virginia Goodman from the original. The Bollywood thriller is directed by Sujoy Ghosh who have made a lot of acclaimed thrillers previously which includes Kahaani series and Te3n.

Tapsee and Big B look absolutely stunning in their respective roles in the trailer and the visuals of the film seem to be purely recreated like the original film. The movie is releasing on March 8, 2019, by AA Studios and Zee Studios produced by Red Chillies Entertainment. Watch the intriguing trailer of Badla movie here and get ready for a thrill ride coming to theaters.