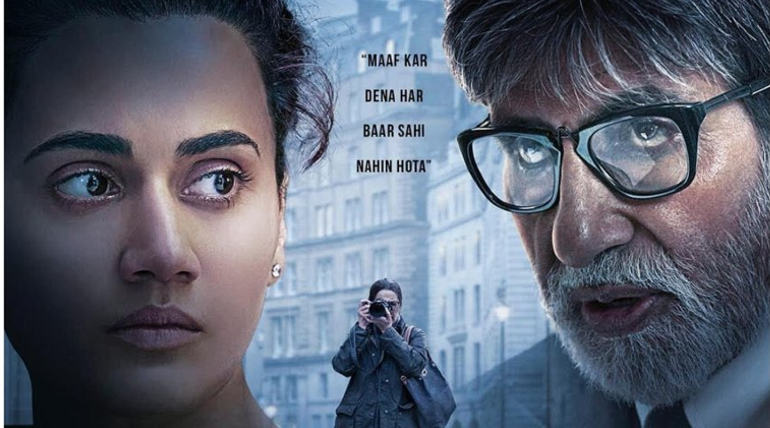 The Bollywood film Badla produced by Shah Rukh Khan's Red Chillies Entertainment is releasing this weekend and the special screening of the film took place last night. A galore of celebrities associated with the film were invited for the screening along with other guests to watch the film a day before its' worldwide release.

The celebrities and people who watch the film were all praise for the film as it is being raved for the kind of making and treatment. Sujoy Ghosh who is known for his thrilling tales like Kahaani, Te3n has once again come up with a seat edge thriller. Badla is an official adaptation of the Spanish thriller Contratiempo (aka) The Invisible Guest.

The screening was graced by the stars of the film Big B, Tapsee along with the team and Bollywood Badshah Shah Rukh Khan who is the producer of the film. According to the early reviews, the film is a complete thriller and came as no way lesser than the original film in terms of quality and suspense. The movie is releasing on March 8 across theaters and projected to open with more than 3 crores at the domestic box office.