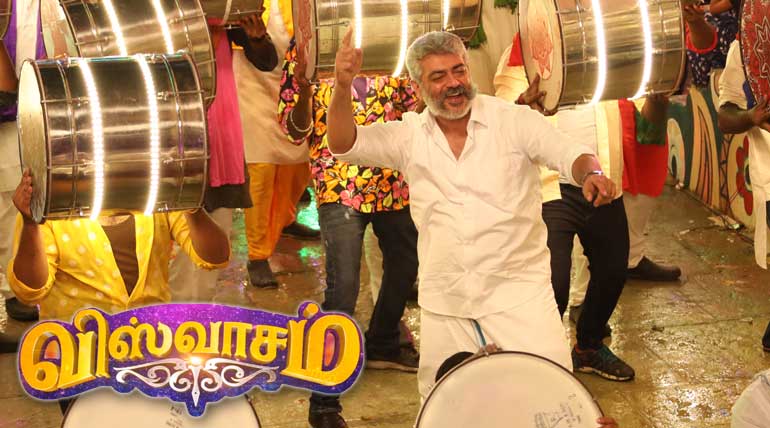 The makers of Viswasam has finally announced the official release date and time of the trailer of the film. They made the announcement a few moments back ad the trailer is releasing on Sunday afternoon 1.30 pm IST in Sathya Jyothi official YouTube Channel.

The Trailer was earlier expected to be releasing as New year special according to speculations. But the surprise announce from the team made fans happy to witness the glimpse of Thala atlast.

With just around 10 days prior to release, the first video glimpse is set to rule the Internet tomorrow after the album which is trending in Social media. It is less than a day to catch the glimpse of Ajith Kumar in rural mass avatar after a gap since Veeram. Stay in touch, we will post trailer video in this news article.