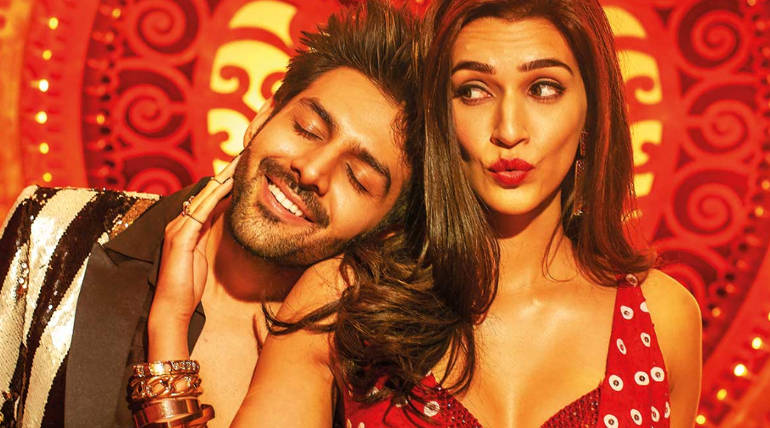 Kartik Aaryan and Kriti Sanon starrer LukaChuppi already gets its place in all party halls and chartbuster as it come out with remix of many popular tracks including Tony kakkar Coca Cola and Duniyaa. Luka Chuppi will be a colourful movie and has passed the censor board test.

The central board of film certification has granted a U/A certificate for this romance comedy with four cuts. The board asked the makers to make three audio and a visual change in original cut. Kartik Aaryan previous blockbuster Sonu Ke Titu Ki Sweety also faced some cuts and beeped out words.

As per the report the CBFC has muted three words and a hand gesture of a dialogue. After the changes the movie is with final run time of 126 minutes and 9 seconds.  The Laxman Utekar directorial movie is hit the screens tomorrow and will clash with Sushant singh rajput's Sonchiriya.