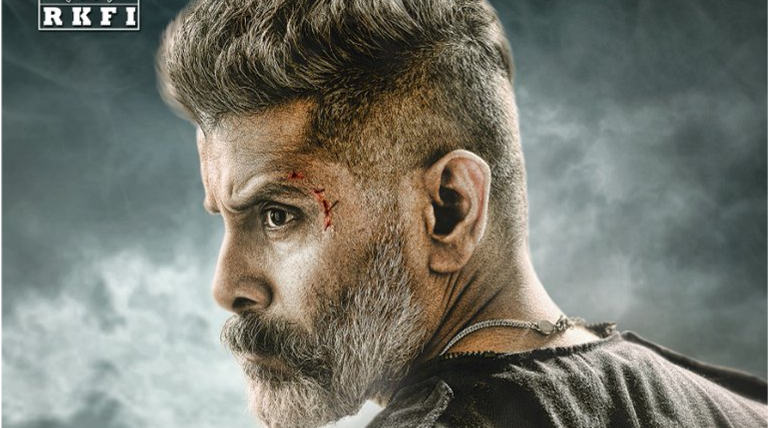 The exciting combo of Chiyaan Vikram with Raaj Kamal Films International is making some noise in Kollywood with their upcoming film Kadaram Kondan directed by Thoongavanam fame Rajesh M Selva. Kamal Hassan's former AD and now a director proved himself in his debut film by delivering a genre-defining thriller starring Kamal Hassan in lead role. Now the director's second film is getting a huge spotlight with actor Vikram onboard produced by Raajkamal International.

The Second look of the film which was announced to be released on the New Year night got leaked online recently as wall posters. This made the team pre-pond their release and launched the poster officially in Twitter. The teaser of the film is set to release on January 15, 2019, as Pongal special and is expected to be a complete stylish one going by the posters.

The first look poster which got released on Diwali day was raved for its' unique style as Vikram was seen in a whole new avatar. Set in Malaysia the second look revealed Vikram to be a Cop out there and will be another hardcore action thriller by director Rajesh. Ghibran is scoring the music for the film which is expected to release by early Summer 2019.