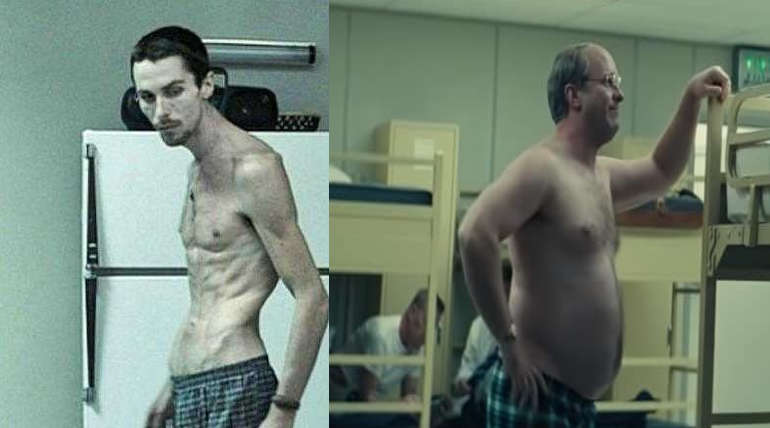 Christian Bale, the mythical actor of transformation, unrecognizable from one role to another, and who, to incarnate the vice-president Dick Cheney in Vice, not only took 40 kgs but also transformed radically in not to look like two drops of water to the real Dick Cheney. In the wake of this hotel in Beverly Hills, questions flared up. Had the actor been able to lose the extra pounds? Had he done it at the risk of his health? Would the good old Christian Bale of Batman be physically marked forever by Dick Cheney?

When the actor stepped through the door of the suite, the issues dissolved like sugar in the coffee. Tall, skinny, with hollow features, his face almost emaciated, Christian Bale no longer bore a trace of Dick Cheney in him. Even his hair had pushed back and replaced the shaggy white hairs."Guess where fat leaves the body? He shouted at the journalists, dumbfounded. "By the breath. Not 100%, but a significant proportion of fat escapes through our breath. Fascinating, no? "

Fascinating perhaps, but never more so than Dick Cheney of the shadow, a gray, silent and manipulative eminence, which he offers us throughout a film that is both extraordinarily entertaining and extraordinarily instructive, political and edifying. Dick Cheney, vice-president under George W. Bush, appears as a power-hungry and political predator who literally appropriated the executive power and diverted it to his own ends, throwing the United States into a disastrous state, the war against Iraq. However, Christian Bale defends the character.

"[Dick Cheney] is a fanatic in search of power, but he sacrificed himself and gave up his dreams of the presidency. He fights for power, but not for himself. For George W... At the same time, he sees this as an opportunity for himself. He is a shadowy man, complex and paradoxical, but never forget that he was given a job he never asked for. He did not want to be vice president, but Bush practically begged him; he accepted on his terms. That's the difference. " says Christian Bale.

It's just a movie. But this film is above all the story of a success story. I want to tell them: you won. You made the Republican revolution. You control everything. I really do not see why my movie disturbs you. Still, it's obvious that the movie will bother them. These future detractors, who have already begun to manifest themselves, are sure to welcome Vice with irritation, if not hostility. For the others, the film promises hours of laughter, pleasure and the painful awareness that they are living in a crazy and bumpy time of which they have not yet seen the end or touched the bottom.