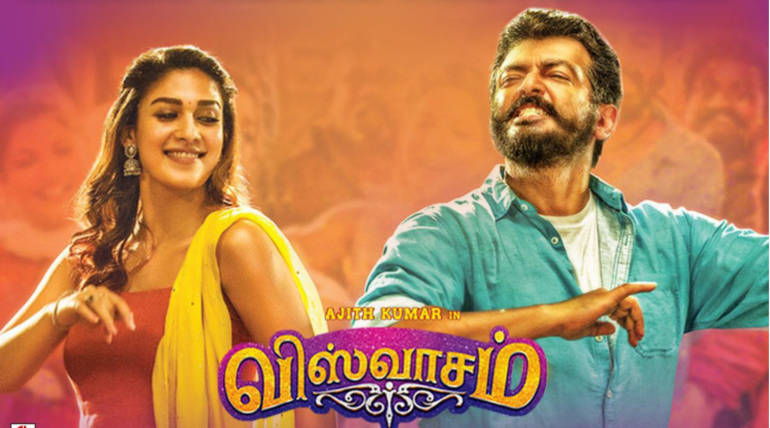 The making video of song Danga Danga from Thala Ajith's Viswasam is out while the film is having a successful outing in theaters. The movie just emerged as the first 100 crore TN grosser for Ajith and also became the highest collected Ajith film ever. Director Siva has given his third Hit with the actor and the film is celebrated by families across Kollywood.

The folk number is sung by Senthil Ganesh and Rajalakshmi while the music composed by D.Imman. The family-oriented folk song features Ajith, Nayan and all other star casts of the film moving legs together. The making video shows the singers singing the number along with vocalists and the whole making video revolves in the recording session.

The movie is heading towards a worldwide blockbuster and the collections are on par to a solo release. If at all the film was released as a solo without clashing with Petta, the numbers of the film would be unimaginable. Both the films became successful ventures and will continue to share a respective screen count despite new release.