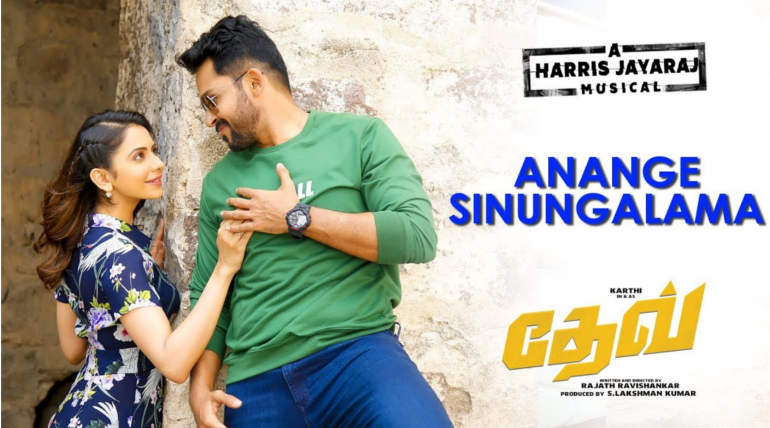 Dev movie starring Karthi, Rakul Preet Singh is set to release for the Valentine's Day weekend and is expected to be a new-age love film from the debutant Rajath. The trailer of the film released last month was promising and created quite a buzz among the Tamil and Telugu audience. The music is composed by Harris Jayaraj and the first full video song of the film Anage is out and looking colorful.

Actor Karthi after the blockbuster success with his previous rural drama Kadaikutty Singam is now back with an urban love story with all elements to provide complete entertainment to the audience. The glimpses promised a roller coaster ride coming for the Valentine's Day with a love based story between the ravishing Karthi - Rakul pair.

The movie is not having any big competition in TN while the sequel of NTR Biopic Mahanayakudu is releasing on the same day in Telugu states. Malayalam film Oru Adaar Love is also releasing for Valentine's weekend in Malayalam and Tamil (Dub). Watch the video song of Anange from Dev sung by star singers Hariharan, Barath sunder, Tippu, Krish, Christopher, Arjun shandy & Sharanya Gopinath.