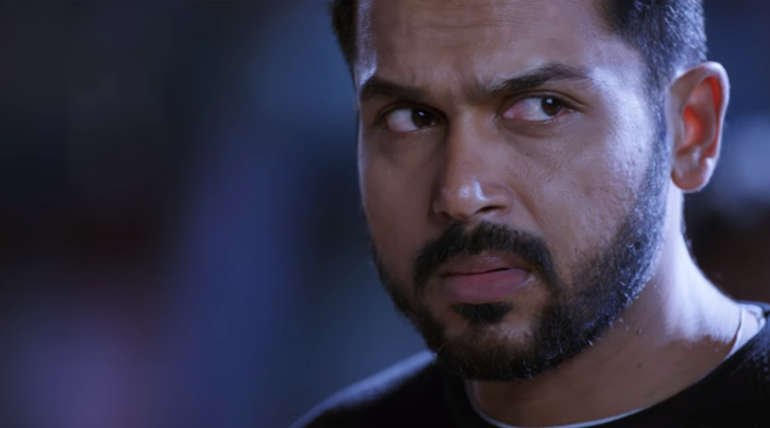 The more expected movie of 2019 in both Tamil and Telugu industry is Dev. The movie starring Karthi and Rakul Preet Singh is set to release on February 14th as Dev's Valentine Day. The audio release held on January 14th Mahasankranthi festival or Pongal has received good reviews from music lovers. Harris Jayaraj has done a fantastic job for this movie as the album has received a lot of positive reactions.

The genre of the movie is action family drama, Rajath Ravishankar who previously served as the assistant of Anurag Kashyap is directing the movie. This is next combo of Karthi and Rakul after Theeran movie or Khakee. Prakash Raj, Vamsi Krishna, and Ramya Krishnan also casting the movie. Actor Karthik muthuraman is coming in a cameo appearance.

The post-production work has already been completed and the film will be released in Telugu and Tamil languages simultaneously. The film is set to be the first road adventure thriller movie. The road shot is filmed on roads across India and Nepal. Like previous hits, hope this movie will also be a great hit for Karthi.