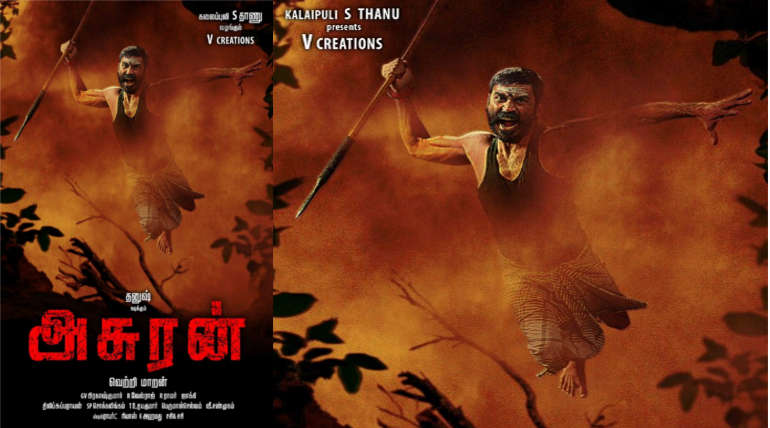 For the movie Asuran, Dhanush once again joined hands with Vetrimaaran after their successful work in Pollathavan,adukalam and Vada Chennai. The film stars Manju Warrier and music score is by G V Prakash Kumar. The film production house is V Creation Kalaipuli S  Thanu. The movie is adapted from the Tamil novel, Vekkai.

Though the team Dhanush and Vetrimaran announced there is a sequel for VadaChennai, the team agreed to do one movie before VadaChennai2. The first look poster was tweeted by Dhanush last month, the new poster is shared by him today. The movie still under production.

Dhanush teaming up with GV Prakash after 8 years and with Vetrimaaran next after visaranai 2015 film. The poster shared by dhanush in which he is in black vest and lungi jump up with a shouting gesture with spear in his hand surrounded by a red cloudy dark atmosphere is so terrific