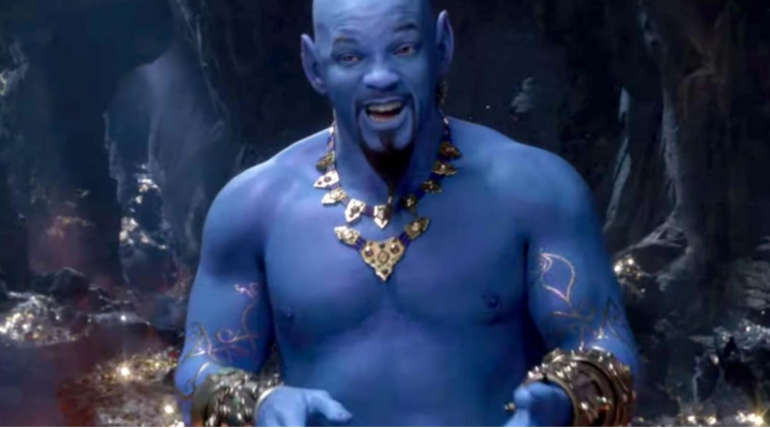 Will Smith as Genie in Aladdin

Sherlock Holmes series director, Guy Ritchie's Aladdin which remake of the animated classic of 1992 of the same name Aladdin. The teaser of the movie released now. With Guy Ritchie, John August has written the screenplay for Aladdin.

Disney took advantage of the broadcast of the Grammy Awards , this Sunday, February 10, to reveal a new preview of Aladdin  and whose release is scheduled for May 22, between the outings of Dumbo and the Lion King.

Disney plans to make a lot of money this year. In this new teaser, we can see for the first time, Will Smith in the classic blue skin of the Genie. And after the disappointment engendered by the revelation of the first image of the production last year, it is a beautiful and blue Genius that we see coming out of the magic lamp. Some VFX is pending and so the release of the film in theaters on May 22, 2019 .