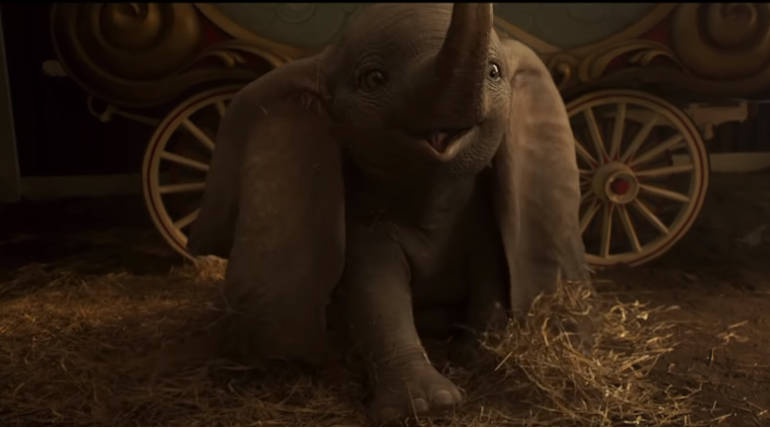 Disney has released a behind the scenes of their upcoming live action Dumbo film, which brings to life the 1941 animated movie of the same name. The film is being directed by Tim Burton, who also directed 2010â€™s Alice in Wonderland for the Disney studio. The clip titled as "Soaring to New Heights".

Dumbo is about an elephant baby who finds himself in a struggling circus company. Other elephants in the circus make fun of the baby and name him as Dumbo due to his over-sized ears. But when it is discovered that the little pachyderm enable to fly using those ears as wings, the teasing stops and the circus makes a huge comeback because of this. The movie features a cast with names like Colin Farrell, Michael Keaton, Danny DeVito, Eva Green, and Alan Arkin.

As expected from Tim Burton, the film looks like an absolute visual marvel and the CGI quality of the movie appears to be top-notch, and much better than Disneyâ€™s own new version Aladdin live-action. The circus animals are all created through CGI and they all look like suitably realistic. The visual style is also distinctively stunning and appears to be melding the old-school storytelling with modern visual effects.

The official synopsis reads, "Circus owner Max Medici (Danny DeVito) enlists former star Holt Farrier (Colin Farrell) and his children Milly (Nico Parker) and Joe (Finley Hobbins) to care for a newborn elephant whose over-sized ears make him a laughingstock in an already struggling circus. But when they discover that Dumbo can fly, the circus makes an incredible comeback, attracting persuasive entrepreneur V.A. Vandevere (Michael Keaton), who recruits the peculiar pachyderm for his newest, larger-than-life entertainment venture, Dreamland. Dumbo soars to new heights alongside a charming and spectacular aerial artist, Colette Marchant (Eva Green), until Holt learns that beneath its shiny veneer, Dreamland is full of dark secrets."