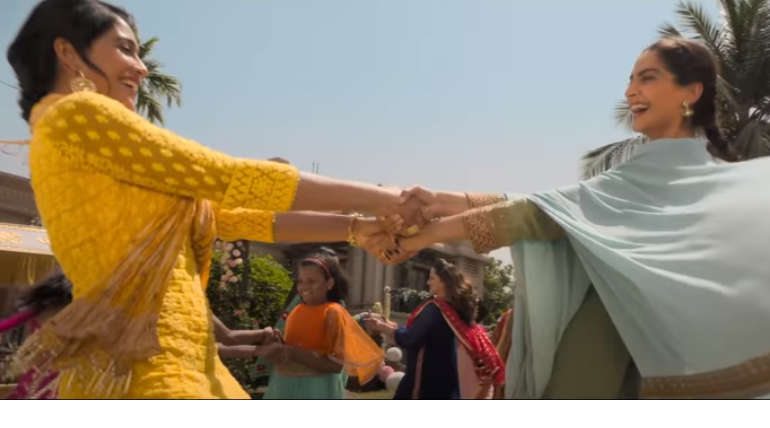 The movie poster with Tag "Secret Out on 1st Feb" made more expectation as Sonam Kapoor is playing a lesbian in the film. Anil kapoor for the first time he acting with his daughter on screen as father and daughter itself. Juhi Chawla share the screen with Anil after Salaam-e-Ishq,Benam Badshah,Deewana Mastana,Jhooth Bole Kauwa Kaate and many more.

The movie's box office is entirely based on word of mouth and expected to earn around 3 crores on the release date. This Vidhu Vinod Chopra production movie competing with Uri and Manikarnika which are strongly holding the box office even it released few weeks before.

The synopsis of the movie is posted by Fox Star Hindi as "Some love stories are not simple, Sweetyâ€™s is one such story. She has to contend with her over-enthusiastic family that wants to get her married, a young writer who is completely smitten by her, a secret that she harbors close to her heart and ultimately the truth that her true love might not find acceptance in her family and society. Resolving these issues proves hilarious, touching & life changing."