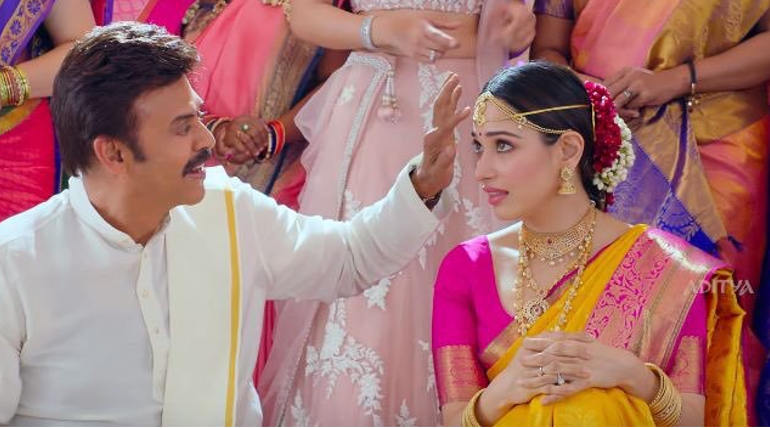 The first Telugu blockbuster and biggest profited movie of recent times is the Venkatesh and Varun Tej starrer F2 Fun and Frustration. The film grossed more than 100 crores and did a strong performance at the box office. With a small budget and stake, the film did extraordinary business giving high profits to all the stakeholders.

The film got released in the online streaming platform Amazon Prime last weekend and now it got leaked in the illegal piracy site Tamilrockers with HQ print. This is making the streaming business affected along with the theatrical business for a film. Piracy seems unstoppable in any medium is yet again proved with this case.

The movie Fun and Frustration is directed by Anil Ravipudi and stars Venkatesh, Varun Tej, Tamannaah Bhatia, Mehreen Pirzada in the lead roles while the music is composed by Rockstar Devi Sri Prasad. The film is currently the topper of this year so far and despite the online release and piracy leak, the film is doing strong business at the ticket window still.