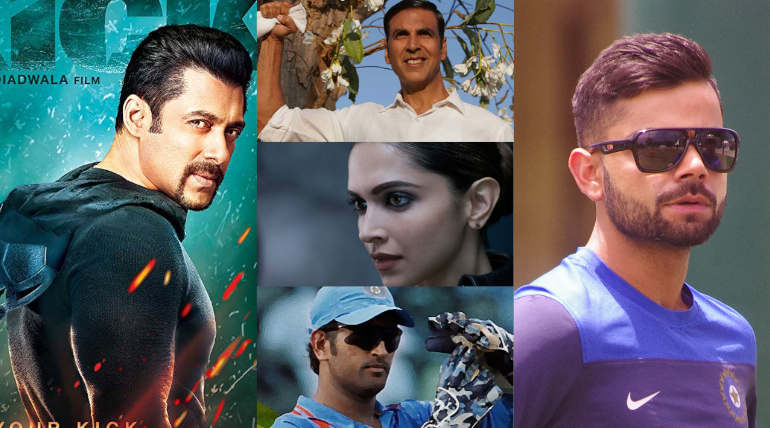 The Forbes has announced their list of top 100 earning celebrities in India and none other than actor Salman Khan topping the list for the third consecutive time. The actor had an estimated earning of 253.25 Crores INR for one year with his salary for films, television programs, and brand endorsements. The ranking is based on the earning of celebrities between October 1, 2017, and September 30, 2018.

Followed by the actor, Indian Cricket team captain Virat Kohli takes the next spot with an earning of 228.09 Crores INR. His salary and brand endorsements are of high level in recent times. It is only Salman and Virat who get more than 200 Crore INR earning and top the list my a huge mile from other.

Another Bollywood actor Akshay Kumar comes next taking the third spot having earned 185 Crore INR in the specific year with multiple film signings. On a high note, it is Bollywood actress Deepika Padukone in the fourth spot earning about 122 Crores followed by star Cricketer Mahendra Singh Dhoni with 101 Crores of earning.

About 18 women grabbed spots in this top 100 list while last year the count was 21. The total earnings netted about 3,140.25 crores this year having a slight increase from last year. Below is the list of Top 10 earning celebrities and their estimated amount of earning in the last year. Visit Forbes site to see the full list of 100 top-earning celebrities of India 2018.