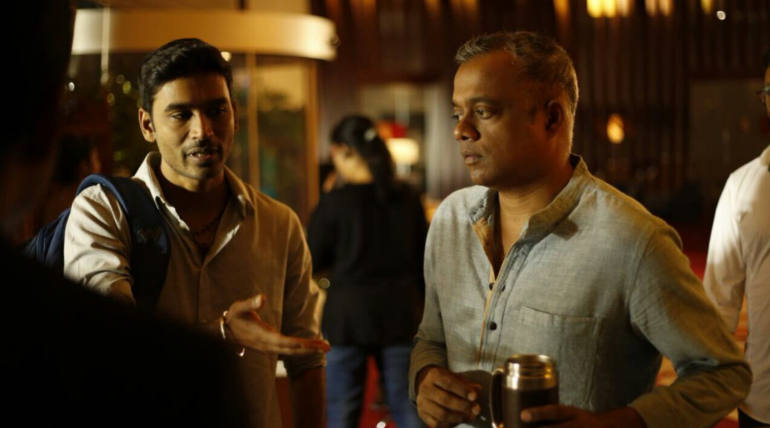 The long-awaited film of Gautham Vasudev Menon and Dhanush combo, Enai Noki Paayam Thota after a long delay is coming back to the daylight. The producer of the film, Escape Artists Madan tweeted and revealed that the trailer cut of the film is ready and will release soon.

Meanwhile, he also announced that the film is eyeing for an April release if things go right on track. Each time when the film was announced to be released then and now, the makers missed to meet the expectation of the audience and still lagging behind, to release the film.

Due to various financial problems, it is seeing a delay of more than 3 years since it was announced and a teaser was released. GVM's other dream film Dhuruva Natchathram is also pending for a long time and still has so much of portions to be completed. As the producer revealed, it should be waited and seen whether the film comes this time announced.

#ENPT - Trailer is ready and working for Release of the movie. If things go well, can look forward to an April release ðŸ™ðŸ˜Š