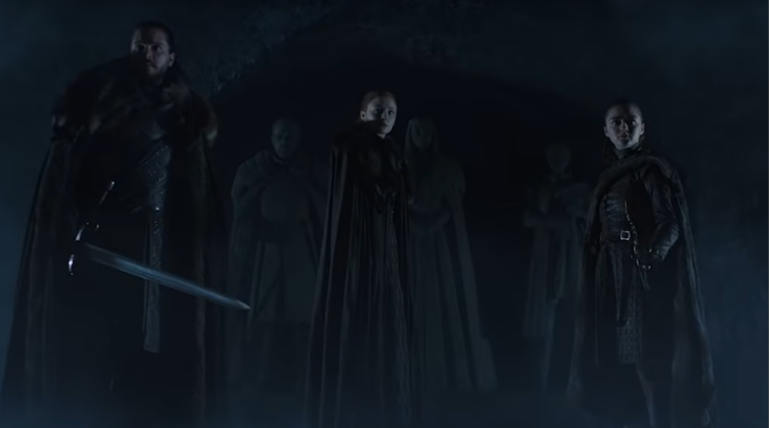 The final season of Game of Thrones is not far away as the teaser video of Season 8 is out. The long-awaited GOT Season 8 released the dragonstone teaser last time and now HBO has released the Crypts of Winterfell tease and made some chilling vibes among the fans. The lead group entering a cave with some mysterious sculptures is shown in the glimpse.

After highly successful seven seasons of the series, the Game of Thrones final season will be an emotionally highlighted season for the fans. It is expected to end on a high note after creating much anticipation in the past years with previous seasons. The release date of the final season is announced as April 14, 2019.

So it is exactly 3 months away from now to start witnessing the ending of the epic saga and the worldwide sensation Game of Thrones. Both the teasers promised a goosebumps episode and as the cast members said in various interviews, the season would be high on emotions than the previous seasons.