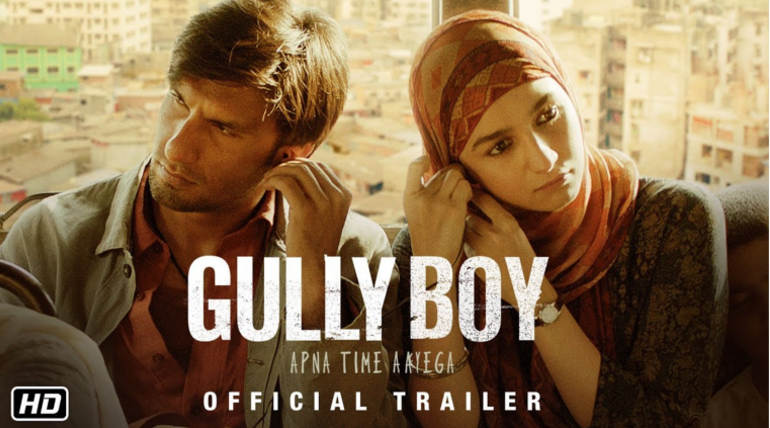 The versatilist Ranveer Singh's next big film directed by Zoya Akthar is releasing on Valentine's Day and the trailer of the film released. Ranveer as Naved shaikh and Alia Bhatt as Sakina look damn different from their usual looks. Ranveer who is known for his extremely varying looks in each film and here he is more convincing as a young rapper boy.

After playing a crazy aggressive cop in Simmba, the actor is back as a cool guy and a rapper for the upcoming film directed by Zoya Akthar. His recent film Simmba is running in theaters successfully and has grossed 200 crores at the domestic box office in two weeks. The actor is on a high with continuous blockbusters Padmavat, Simmba, and the promising Gully Boy.

The trailer has already promised an epic film in the making as the director Zoya is a masterclass maker who excelled with her earlier films Zindagi Na Milegi Dobara, Bombay Talkies, Dil Dhadakne Do, Lust Stories (Sudha Portion). The movie is looked forward and will be released on February 14, 2019.