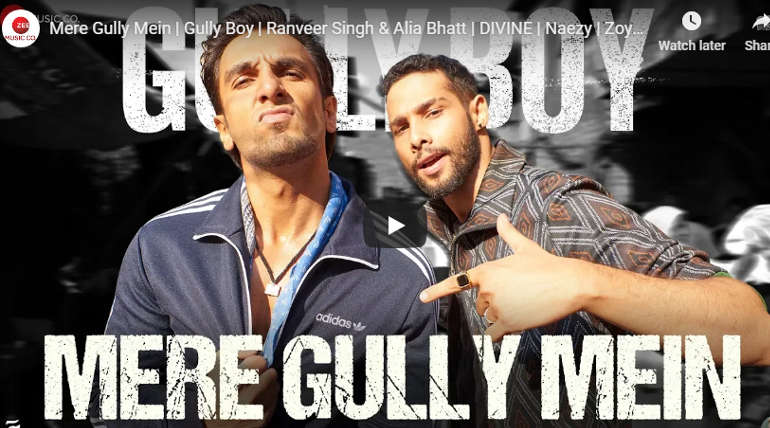 Excel Entertainment and Tiger Baby  production movie Gully Boy is upcoming Hindi language musical drama film stars Ranveer singh, Alia Bhatt,Kalki Koechlin and Siddhant Chaturvedi. The director of the movie is Zoya Akhtar. As it's musical drama film the songs of the movie are so expected. The song released todaty "Mere Gully Mein" seeks attention and we will expect a total of 18 songs from the movie.

The fabulous song is now trending on the youtube. The 2.56 singles starting with song recording of Ranveer singh,Divine. Then the shooting of the song is shown and amazing street dance of Ranveer and Rapper Naezy till the end mesmerizing the viewers. The music ended by the slide Gully Boy with the tag "Apna time Aayege" means Your time comes now and its release date.