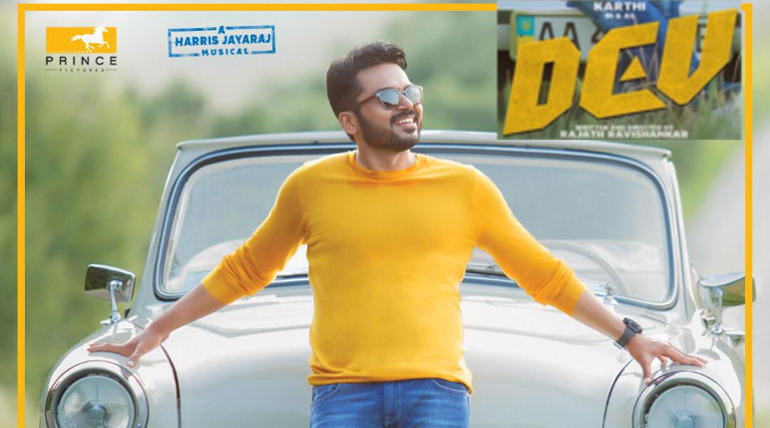 The upcoming biggie Dev starring Karthi, Rakul Preet Singh is releasing on Valentine's Day and the new video song Hey Machan Dev released on YouTube. While the film is getting ready for a grand release on February 14, audio and trailer have already made a buzz for the film making the expectations rise for this debut directorial of Rajath which is touted to be an action filled romance entertainer.

The song released along with the whole album last month and after the blissful Anagngae Video song, now this title song looks refreshing and apt for a jolly ride coming for Valentine's weekend. The film is expected to open with good numbers across TN and AP/TG (Telugu) after the star gave a blockbuster success with his previous film Kadaikutty Singam.

Dev is promised to be a new age romance drama with all commercial factors in it. Music by Harris Jayaraj has already made some hype with catchy tracks and score in the teaser, trailer. It is announced that the Suriya starrer NGK teaser is releasing on the same day and is screened in the theaters along with the Dev movie.