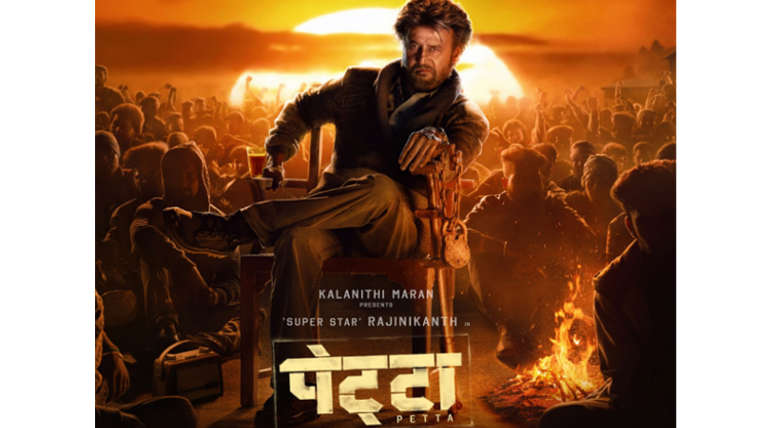 After the special success of movie 2.0, now superstar Rajinikanth has given a special gift to Fans at the beginning of the year 2019. His popular movie Petta's Hindi trailer has been released. A few days back, the film's Tamil trailer was released, the trailer was a huge hit in between the audience and Rajinikanth fans. Petta's Hindi trailer is also now getting a good response.

Talk about the trailer, Rajinikanth looking very different from all its movies till now. He has seen so young look in Petta. Apart from Rajinikanth, there are many big stars like Vijay Settupathi, Nawazuddin Siddiqui, Simran, Malavika Mohanan, Megha Akash, Bobby Samha and Trisha casting the movie.

It is worth mentioning that Thaliva will appear in the role of Gangster in this movie. Let's say that Petta means the area in Tamil. The trailer reveals Rajinikanth's action scenes along with romantic style in the film. This movie is being directed by Kartik Subbaraj. Kartik Subbaraj is collaborating to make a film with Rajinikanth for the first time. Vijay Settupathi Simran and Trisha will share the screen with Rajinikanth for the first time.

The special thing is that the film is being debuted by Bollywood veteran Nawazuddin Siddiqui. The film will be released in theaters on January 10. Rajinikanth's film 2.0 released last year has been quite prominent at the box-office. The film has so far earned more than Rs 650 crore worldwide. Akshay Kumar is also in the lead role with Rajinikanth in the film 2.0. Hope Petta will also be a big hit in Bollywood.