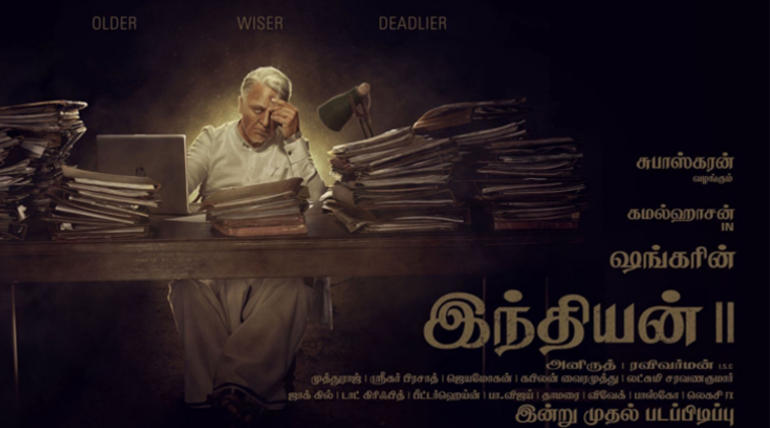 The 1996 blockbuster movie Indian starring the Universal Star Kamal Haasan directed by Shankar is having a sequel after 23 years from the original film. The first movie was a pan Indian hit back then when it was released in Tamil, Telugu, and Hindi and was praised with having a glorious run at the box office in all languages.

The drama is a social thriller with a top class performance from Kamal Haasan who played the role of Senapathy and the actor won a National Award for his portrayal. While the sequel was announced, it was a top-level excitement for the audience to see the favorite Senapathy return to clean the corruption onscreen.

The actor who entered politics recently is said to be making this move as mileage for his political career and the official shoot for the film is kickstarting today as announced by the team. First look posters are out now in which the actor sports the role with heavy prosthetics regaining the memory of Indian Thatha (name from the first part).

The project is set to be released in three languages bankrolled by Lyca productions who also made the director's previous sequel 2 Point 0. Anirudh is composing for the sequel while the first film was made by A.R.Rahman, such a big project for Anirudh is really a landmark for the young musician in his career. the movie is expected to be released by the end of 2019 and actors like Akshay Kumar, Siddharth, Simbu are being considered for supporting roles in the film.