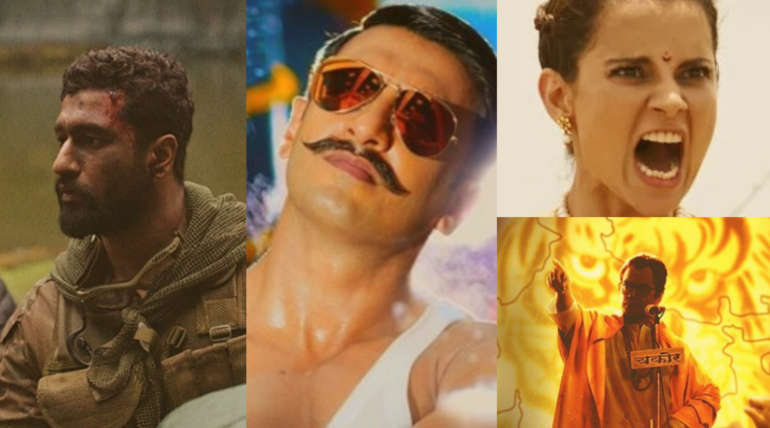 Simmba, releases in  December 2018 , stand ahead in the first month of 2019 too. The film produced by Karan Joharâ€™s Dharma Productions, the film earned with a Rs 20.72 crore collection on day one, and by the end of its four-week successful run at the theaters, it collected about INR 239.59 crore. After the great hit, Padmaavat, Ranveer Singh simmba became Rohit Shettyâ€™s eighth film to enter the 100 crore club and this is most successful film so far.

One of the main reasons for simmba success was the lack of strong competition at the box office. However, the film back down in its fifth weekend as Uri film released and its number of screens declined.

Uri the surgical strike, based on the Indian militaryâ€™s surgical strike on Pakistan, had a slow start at the box office but latter it rises up. Aditya Dhar directorial movie opened with Rs 8.20 crore, then it  became the first blockbuster of 2019 with a collection of Rs 160.23 crore so far besides the budget of Rs 28 crore and it maintains its pace.

The biopic on former Prime Minister Dr Manmohan Singh, The Accidental Prime Minister failed at box office. The Anupam Kher cast movie earned Rs 21.60 crore. Other biopics like Manikarnika: Queen of Jhansi and Thackeray, have performing decently with a collection of Rs 47.65 crore and Rs 22.90 crore, respectively and still on run.