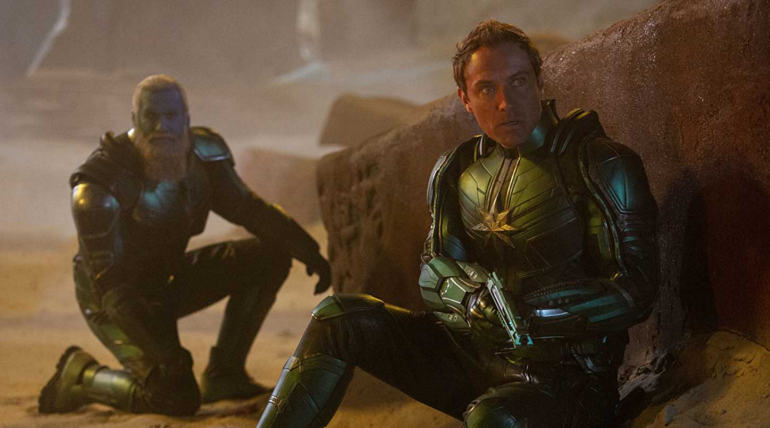 The next big film from Marvel Cinematic Universe is the first female led-superhero film of the universe, Captain Marvel. After the lead girl, Brie Larson and Samuel Jackson, actor Jude Law is playing an important role in the film. He was earlier assumed to be playing the role of Captain Mar-vell but the recent reports suggest a different idea about the film.

The official tie-in merchandise of Captain Marvel confirmed the news about the role of Jude Law and revealed his name as Yon-Rogg. Yon- Rogg is the commander of Krees and it seems to have a lot of surprises in the film. The character of Jude Law was kept under wrap for a long time since the movie started and now the confirmation from the tie-up says everything about his role.

The Kree Commander might be the main baddie for Carol Danvers and it is also confirmed that the Captain Mar-vell character is not coming into the MCU from the comics to screen. Only an official word is awaited regarding Jude Law's role and the makers might have had it as a surprise in the film that cannot be revealed earlier. Though, now the news is all out on the Internet.