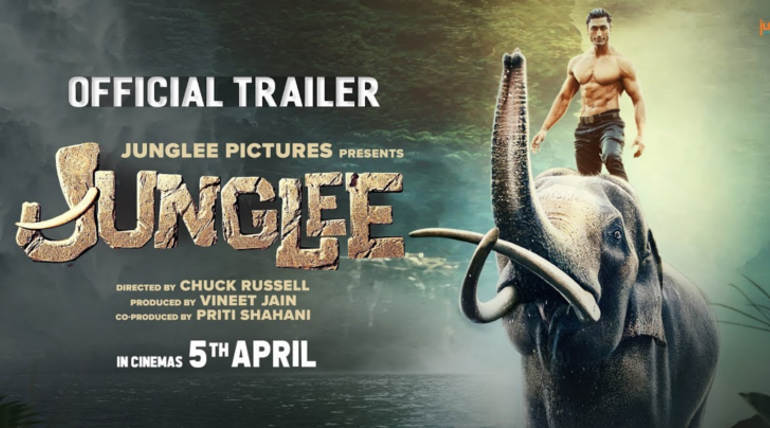 The action - thriller of Vidyut Jamwal's next, Junglee is a real biggie directed by Hollywood's legendary director Chuck Russel coming for Summer 2019. The trailer of the film released and reminded of the Ong Bak kind of action film with an elephant as the main factor of the story. Vidyut Jammwal plays the role of a veterinary doctor who forms a bond with the animal and fights against an international poachers' racket.

The story is written by Rohan Sippy along with co-writers Charudutt Acharya, Umesh Padalkar and Ritesh Shah based on the idea from the film Haathi Mere Saathi of 1971. Rohan was said to be directing the film earlier while it switched to the hands of Hollywood director Chuck Russell later.

Chuck Russell is one of the top makers once when he made some memorable films like The Mask, Eraser, The Scorpion King etc. For the first time, he is directing an Indian film and the maker made his last film in 2016 which is a failure film, I am Wrath. His last successful venture was a TV series in 2010, Fringe. Junglee is expected to be a completely genre-defining thriller seeing the trailer and the film is set to release on April 5, 2019.