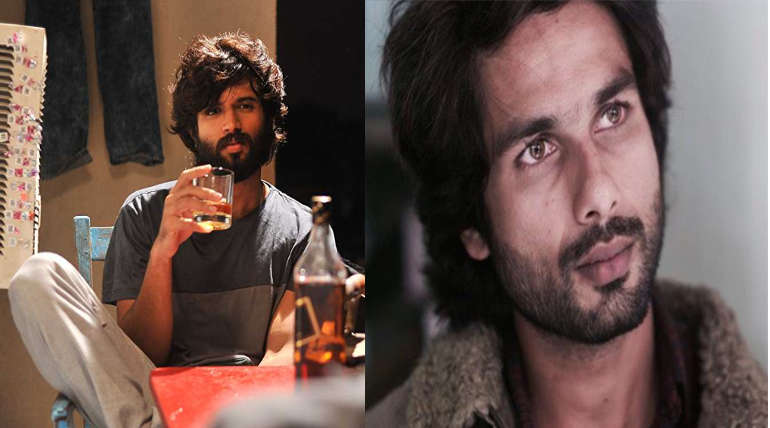 Shahid kapoor teamed up with Sandeep Vanga,South Indian director of Telugu hit Arjun Reddy for the remake of the same movie. The film about a short tempered,alcoholic young medical surgeon Arjun Reddy's emotional drama story. He goes on a self destructive path after his lover gets married.

The actor said that the team of Kabir Singh has tried to keep the original story intensity and honesty alive. Shahid told PTI that the original story was very raw and very honest and he just felt it said things as it is and was a brazen journey of a character who goes through an emotional arc which is extreme.He shared that the honesty of the film connected with the audience. Otherwise, for a film like that, there would be a limited audience. But it was loved across the board. The idea is to do it all over again

Kiara Advani replays the role of Shalini Pandey in the movie,Kabir Singh which schedduled to release on June 21. The original Telugu version based in Hyderbad and Banglore whereas the Kabir singh is in Delhi and Mumbai. The actor told that maybe Arjun Reddy and Kabir Singh are cousin but they are not the same person. Shahid also shared that his journey is only to find Kabir Singh. He says creating a remake is damn tough and it's not just copy and go out, it has to be a rediscovery.