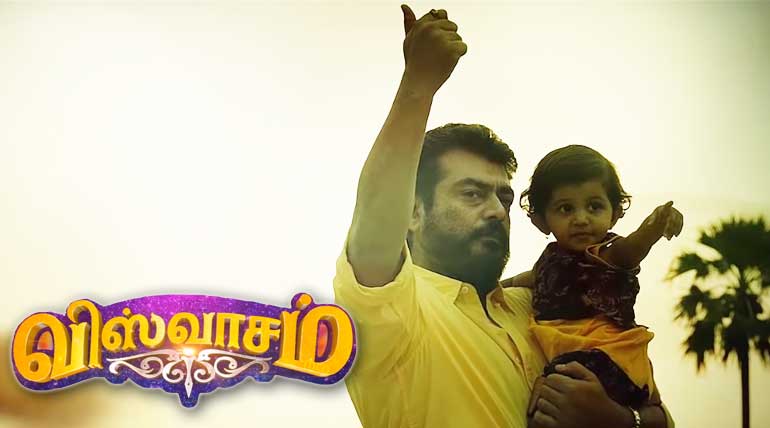 The New promo form team Viswasam is all of a surprise as the video song promo of soulful Kannaana Kanney is out and looks cute with Thala Ajith and Lady Superstar Nayan sharing fantastic chemistry between each other. The song is already a chartbuster from the album composed by D.Imman.

Sid Sriram as always has made the song sound heavenly with his mesmerizing voice with Imman composing the music. The song has already been the pick of the album and by releasing the promo of the song, it is sure to make the hype increase even more.

Ajith is seen as a caring husband and father in the 10-second promo and the video promised the sentimental angle of the film to cater a blissful experience in the mass entertainer. Watch the video promo and watch our space for updates about the theatres list and bookings for the films Viswasam and Petta.