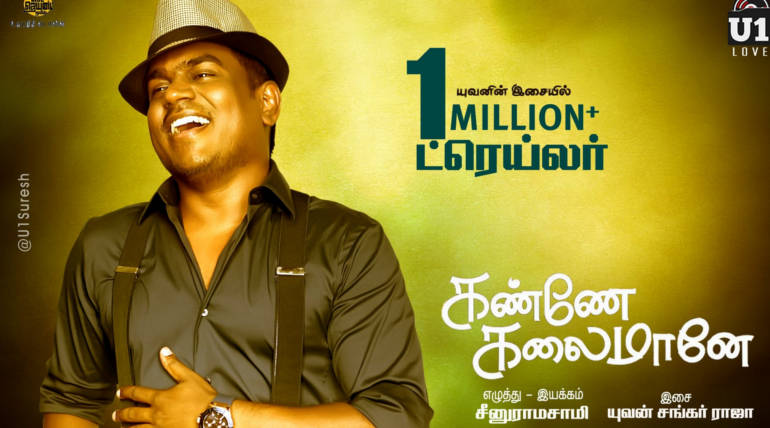 Kanne Kalaimaane is an upcoming film written and directed by Seenu Ramasamy starring Udhayanidhi Stalin and Tamannaah in the lead roles. The music is composed by Little Maestro Yuvan Shankar Raja and the songs of the film have been released in Sony Music, the audio rights holder. The Lyrics were written by Vairamuthu for all songs who is a frequent collaborator for the maker.

The shoot of Kanne Kalaimaane began in mid-2018 and ended in a single 45 days schedule announcing the movie to be released on February 1, 2019. After the success of the director's last film Dharmadurai, the maker is confident about his next project and it has decent anticipation among the audience.

The songs of the film released and sound great composed by none other than Yuvan. The director-composer combo is known for their frequent ht albums which are soulful and this is not a bit lesser than their previous ones. All the songs in the album gave a unique feel making it a good musical piece overall as always for a Yuvan film. Stay awaited for the Jukebox of the album of Kanne Kalaimaane to be released, meanwhile, listen to the songs in Amazon, Wynk and Gaana Music Stores.