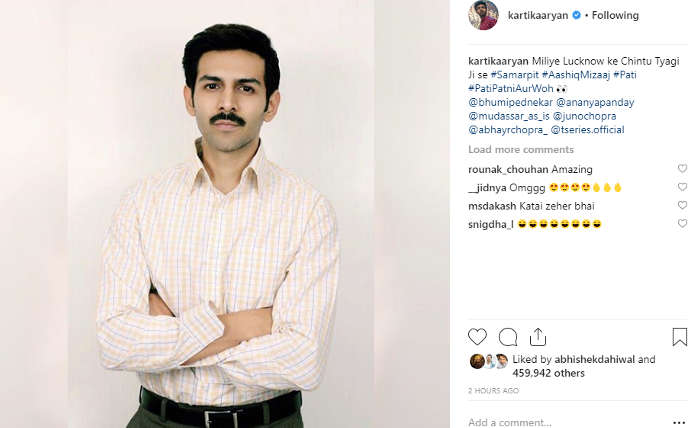 Kartik Aaryan, Bollywood Actor who made his debut film in 2011 Pyaar Ka Punchnama become hit in B-town. His latest movie Luka Chuppi is a Romantic comedy will hit the screen on 1st March. The songs of the movie is already hit in social medias. The movie stars Kriti Sanon as lady lead and directed by Laxman Utekar.

In that Instagram picture, Kartik Aaryan is dressed in simple formals and have a moustached look. Kartik Aaryan's character in the movie Pati Patni Aur Woh seems to very different from the roles that he has played in his previous films like Sonu Ke Titu Ki Sweety and the Pyaar Ka Punchnama series.