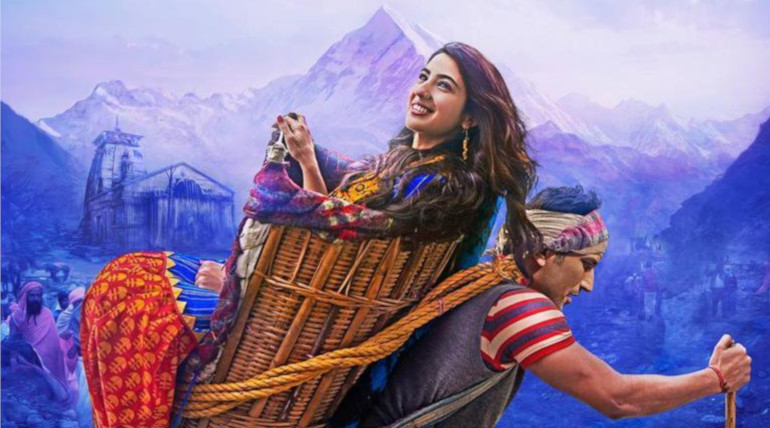 In spite of large controversies the movie Kedarnath had been released worldwide today. This romantic love story is between a Hindu girl and Muslim man on the journey of mountains. The film maker Abhishek Kapoor handles the love story on the background of 2013 Uttarakhand floods.

We can never forget the 2013 disaster in Uttarakhand where thousands of people flooded away and left all Indians in deep sorrow.

Though the high court imposed a ban over the film on Thursday, there was no official ban announcement from state government of Uttarakhand. Reportedly, Uttarakhand CM had examined the report submitted by Tourism minister and decided not to announce official ban on the movie. The case filed against the film for allegedly hurting religious sentiments has also been dismissed by Bombay High Court yesterday.

The movie has Sushant Singh Rajput as Mansoor, a Muslim porter who carriers children and old-age pilgrims to Kedarnath temple. The new find Sara Ali Khan as Mukku plays a role of rich Hindu pilgrimage.

The movie's runtime is 1 hour, 55 minutes, 39 seconds which gets mixed reviews from critics and audience. It is reported the movie has the stunning cinematography of Tushar Kanti Ray. The new face Sara Ali Khan gets awesome response from critics and reviewers.