Kumbalangi Nights - A Tale of Love and Life 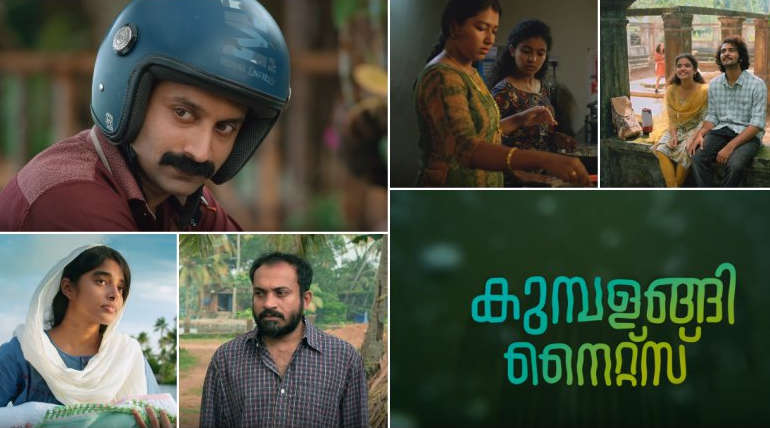 Kumbalangi Nights is a simple tale of love and life which goes through the relationship between four brothers and people around them. As usual Fahad and Soubin are in their best form and Shane Nigam who has done sort of depressed characters in last few movies gets a fresh change here. The rest of the cast has also done their job perfectly. The film has many hilarious moments that go with the flow of the story. One such moment which takes place in the kitchen is something many people may try to do in the coming days.

The soul of this story is a set of relationships. The relations between a jobless young man and his love, a tourist and a local, a kind of psycho husband and wife, two sisters, four brothers and so on. Coming to the crew behind this movie, the team Madhu C Narayan has got is extremely good. There are many night scenes in this movie and Shyju Khalid yet again captures night visuals flawlessly after Ee. Ma. Yau.  Music by Sushin Shyam was calm and soothing and flows along with the movie.

Syam Pushkaran who has proved his writing skills many times is top notch here too. He has an ability to create grasping realistic stories from ordinary life. Madhu C Narayan had made his debut a remarkable one. This is one movie that has to be enjoyed with a light heart and lets you leave movie halls with pleasant thoughts. @Yadhu P

Kumbalangi Nights - A Tale of Love and Life