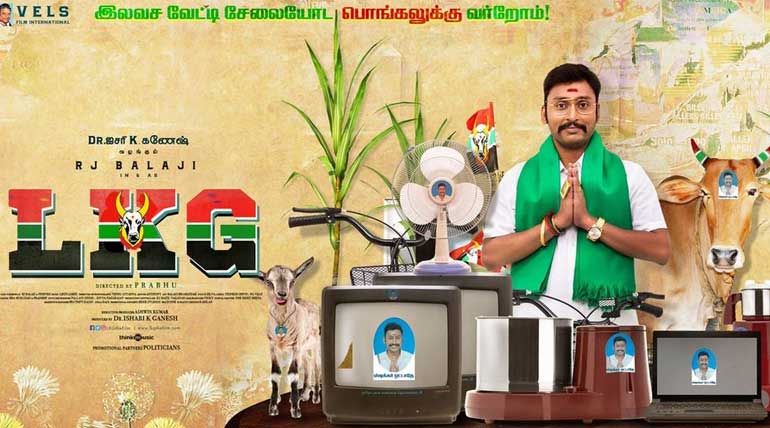 LKG got positive response from audience

LKG movie got positive response from almost from all class audience from early morning 5AM shows today. Usually theatres used to get allocation for big hero movies in early morning shows but this time RJ, social activist and now Actor Balaji in lead role LKG movie released and got very good response. This movie mostly covered current situation politics and other activities happens around public expressed in comedy sense.

If they did not release this movie online then we must understand that movie got wonderful message and should watch only in theatres. FYI, tamilrockers website did not release Actor Vijay Antony mega hit movie pichaikkaran for many months and another movie directed by youngsters and they made request to tamilrockers via social media with humble request " not to release online for 1st day " and with respect, tamilrockers removed that particular movie from their website.

This shows piracy websites giving respects to producers and movies. If this continues for all the movies, movie producers will be saved and people who's lives depends on movie industry will be saved. Kindly, everyone watch movies at big screen theatres and support #STOPPIRACY