Lakshmi NTR New Trailer RGV Reveals Other Side of NTR 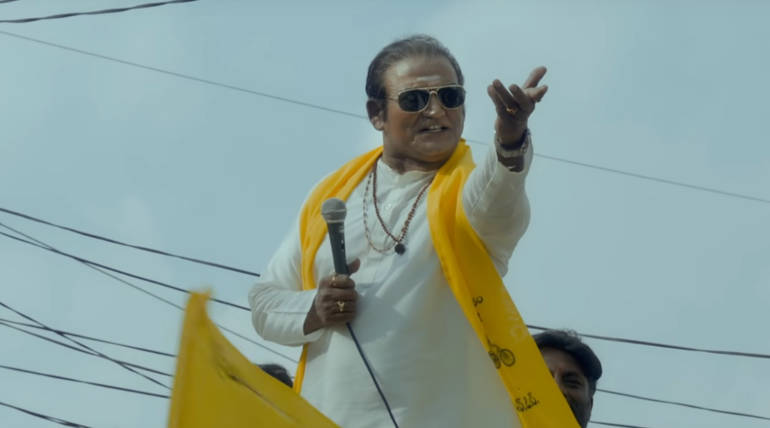 Director RamGopal Varma on 8th March released a new trailer of his upcoming film Lakshmi's NTR, which is based on late movie-godman NT Rama Raoâ€™s active journey in the world of Andhra Pradesh politics. The first trailer introduced us to the main conflict, which is Laksmi ShivaParvathy â€™s entry into NTRamo Raoâ€™s life. The latest trailer gives us a sneak peek into the high degree political drama that plays out over NTRâ€™s personal and intimate relationship with Lakshmi ShivaParvathi.

It wonâ€™t come as a surprise if the movie Lakshmiâ€™s NTR kicks up a huge discuss in political circles with the elections just around the state. The second trailer portrays Andhra Pradesh present  Chief Minister N Chandrababu Naidu as a cunning and ruthless politician, who revenge his own family for the sake of power. The film is said to be unlikely to give a favour even N.T.Rama Raoâ€™s family.

By watching the trailer, his family turned against him after he decide to marry Lakshmi Shiva Parvathi, who was 33 years younger than him.RGV narrated the biopic of NTR life, both poltical life and family life through NTR's second wife angle. Ram Gopal Varma called the movie as the first woman oriented men's life. The movie will soon hit the threaters and the director gave credit with Agasthiya Manju.

Lakshmi NTR New Trailer RGV Reveals Other Side of NTR