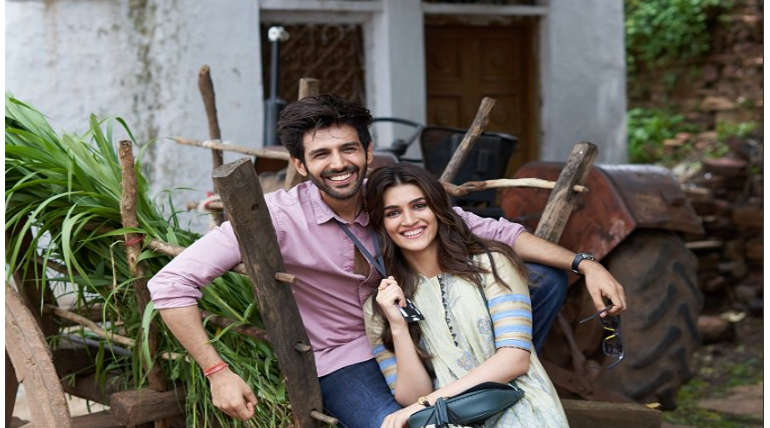 Kriti Sanon and Kartik Aaryan casts Luka Chuppi,romantic comedy is expected to have a  good first weekend with trade experts analyzed that the romantic comedy movie will earn something around INR 8.1 crore on its opening day. Trade analyst Girish Johar had said that the Laxman Utekar directorial will place in a considerable amount in box office. Produced by Dinesh Vijan, the movie is expected to continue the success of the Diensh's past comedies films Rajkumar Rao starrs horror comedy Stree and Hindi Medium.

The movie itself has garnered largely mixed reviews from all corners. However,many film critic gave the movie only 1.5 to 2 out of 5 stars in their review. "The tired film cries itself hoarse about live-in relationships two decades too late", Bollywood Life mentioned,"Kartik Aaryan and Kriti Sanon's refreshing chemistry is the only grace in this draggy rom-com ". Indian express,"Itâ€™s also the kind of film which allows Pankaj Tripathi to play a cheapo who cannot keep it in his pants, which he does with full gusto. But the character (and some of his questionable lines, included strictly for laughs) also cheapens the film,"

The music album is all hit especially in "coca cola" in party halls.  Music director of the movie:Tanishk Bagchi, Abhijit Vaghani, White Noise, Ketan Sodha. It also casts Vinay Pathak, Pankaj Tripathy, Atul Shrivastava, Alka Amin, Aparshakti Khurana. Luka Chuppi, which released alongside Sushant Singh Rajput and Bhumi Pednekarâ€™s Sonchiriya, is being top as a winner among the two, as far as the first box office weekend is concerned.